IS MY CHILD JUST CLUMSY?

Does your child struggle to keep up with his peers or appear awkward in the way he moves when playing? Here at The Physio Hub we see many children who struggle with every day activities such as riding a bike, writing and P.E. Often professionals may use the term Dyspraxic.

What is Dyspraxia and what does it mean for my child?

Dyspraxia – now formally named Developmental Co-ordination Disorder (DCD), is a common but significant difficulty that affects a child’s movement skills. Problems include difficulty with being able to organise, plan and carry out an activity, children can appear awkward and clumsy and will often be reluctant to participate in activities that are unfamiliar to them.

There is no known cause for Developmental Co-ordination Disorder but it can have a significant effect on occupational performance such as writing, P.E and play skill which impacts greatly on self esteem and social participation.

Developmental Co-ordination Disorder can be identified by recognising that the child’s ability to acquire or carry out a co-ordinated motor skill is substantially below that expected for their age and skill opportunity and that it cannot be explained by any other neurological disorder or medical condition.

DCD might initially be identified through a child’s difficulty with hand writing which leads to further investigation or assessment into motor skills. A childs learning ability is not affected by Developmental Co-ordination Disorder, but the ability to place ideas and thoughts on paper can be if hand writing is a problem. Social participation and self esteem can also be reduced because poor movement skills decrease the likelihood of being involved in the same activities as their peers.

How can we help?

Children do not grow out Developmental Co-ordination disorder, it continues into adulthood if left undetected. Occupational Therapy at The Physio Hub offers both formal and informal assessment of your child’s movement skills including:

Treatment programmes and intervention will focus on play activities that have been specifically analysed to incorporate both fine and gross movements to work on your child’s specific motor skills problems.

We cover a wide area across the North East of England, treating children from, Hartlepool, Stockton on Tees, Durham and further afield.

If you have any queries then please don’t hesitate to contact us. 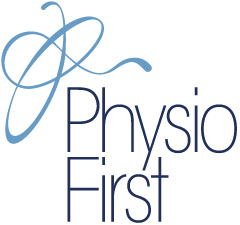 We're a paediatric clinic with a team of professionals dedicated to providing expert Physiotherapy.

Contact us today & a member of our team
will get back to you as soon as possible.